How Many Rare Hockey Figures Do You Have?

Despite its popularity there have been few hockey figures made to date, may be this is because it’s seen as a “niche sport” or that there are only a few countries where it has a loyal fan base.

Whatever the reason, this has meant that the demand, and collectability, for the figures that have been produced is good and as a result values have remained fairly stable.

The first NHL figures were the Kenner Starting Line-up hockey figures, but these weren’t released until 1993. These figures remain popular and can often be found on eBay.

Playmates also released a series  of NHL figures with their 13-inch Pro Zone figures in 1997 which came with an interactive base.

Then in 2001 McFarlanes released their inaugural series of hockey, which were the first of their now popular Sports Pick brand of figures.

Thes were an instant hit, particularly popular with Canadian Fans and consisted of a mix of players from both the NHL and NHLPA. 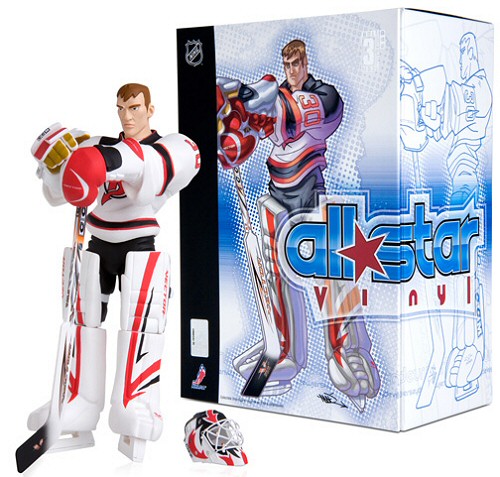 Then in 2001 McFarlanes released their inaugural series of hockey, which were the first of their now popular Sports Pick brand of figures.

Thes were an instant hit, particularly popular with Canadian Fans and consisted of a mix of players from both the NHL and NHLPA.

Todd McFarlane, the creator  of Spawn and company founder, was a part owner of the Edmonton Oilers hockey team which probably played a large part in the decision to release NHL figures.

Then in 2007 Upper Deck added some NHL players to their All Star Vinyl brand which had proved popular with basketball fans and collectors.

These figures were similar in look and style to the earlier Mezco Extreme figures, which were released in 2003. However, with Upper Deck’s marketing and captive audience these proved to be far more popular.

Do You Know When The First Hockey Figures Were Made? || Hockey Figures To Buy || Online NHL Hockey Store- Whether your a player or fan you'll find what you need here!